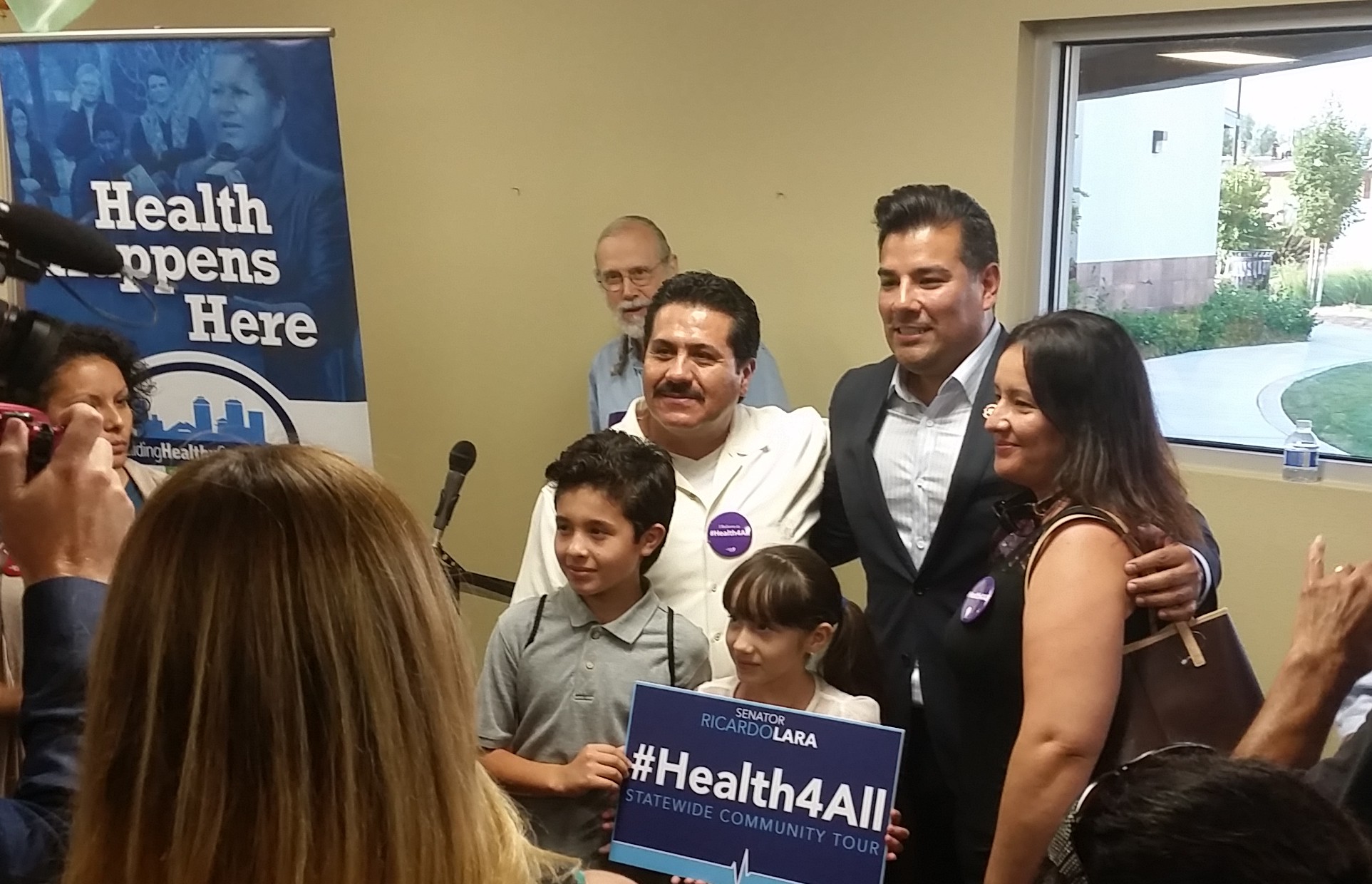 Sher Moua, community advocate for the Fresno Center For New Americans, hosted the event and said, “the goal of tonight’s event has two parts. One is to celebrate the victory of passing legislation that will provide health insurance to undocumented youth. It’s a historic achievement. And, second, there’s work to be done to make sure that all undocumented adults have access to health care services.”

The victory that Lara and event organizers, including Fresno Building Healthy Communities, celebrated is that Jerry Brown’s budget allocated $40 million to provide undocumented children with access to health insurance.

Now, politicians and activists are turning their attention to ensuring that undocumented adults have that same kind of access through the Affordable Care Act.

Senator Lara highlighted the obstacles many families face when applying for health care if some members are undocumented. According to Lara, over “30 percent of undocumented families in California are of mixed-documentation status, which means at least one parent in two is an immigrant, which in turn, makes getting qualified [for MediCal] a difficult and costly process.”

“When they find out that someone in the family cannot apply, none of them get covered because they don’t want to leave anyone behind,” said Senator Lara.

Lara explained that funding for SB4 would come from the general fund, of which $1.2 billion is generated from undocumented California residents.

“It actually costs California less to expand Medi-Cal [through SB 4] to all adults and allow it to pay for more than emergency room costs, which should only be used for emergencies; not the common cold or a cough,” said Lara.

Senator Lara is also continuing his work pushing for Senate Bill 10, which he introduced to the State Assembly in 2014. This bill would fund community-based organizations to assist undocumented immigrants with legal assistance, education services, fraud prevention and civic classes, which he hopes will lead to the opportunity for economic stability for these families.

Fresno resident Juan Carlos  gave testimony at Wednesday’s event. “I am a father, a friend, and a hard worker,” Carlos said. “I’m not looking for any handouts. I pay my taxes just like everyone else. People that work hard deserve access to health care; everyone deserves to be healthy.”

Health4all produced by The kNOw Youth Media on Vimeo . Photography by Alex Taylor and Zeke Benavides.