FRESNO — Last month, movie-goers flocked to theaters across the country to watch the life story of civil rights icon Cesar Chavez, a grape field worker, who fought for the rights of farmworkers and helped to form the United Farm Workers of America. The film put a spotlight on farmworker life in the cities and towns throughout the central San Joaquin Valley, but for Central Valley college students, criticism and praise for the film came hand in hand.

For Jessica Cisneros, history major at CSU Fresno, “It was kind of choppy.”

Cisneros said detail and context could have been added to the film to better understand the story.

Hector Gonzalez, an alumni from CSU Fresno who majored in history, agreed. There were several places where details were left out according to Gonzalez. He said the film lacked character introduction and background information as well.

“When Kennedy comes out of nowhere and the sheriffs begin their brutality and when the workers are being mistreated,” Gonzalez said, “those are some highlights that lacked explanation about why that was happening.”

Gonzalez also noted the representation of the San Joaquin Valley as a positive part of the film, and that the Central Valley is ordinarily given very little representation at the national level.

Carolina Sanchez, a Business Administration major at Fresno City College (FCC), is excited that everybody can now learn about Chavez and his movement, especially those who have never heard about him.

“I think it [the film] was a good idea,” Sanchez said, “Not a lot of people know about him.”

Kinesiology major and FCC student, Solmaira Melchor agreed that Chavez’s movement was a reminder of what immigrants and farmworkers have done for everybody.

“The film is a way for us not to forget what our people did,” Melchor said.

Nicole Fontanilla, a Filipino native and public health major at California State University, Fresno, says that the film is a great way for the younger generation to be exposed to what was done in the past.

Fontanilla’s father and grandfather, met Chavez and have been farmworkers since arriving in the United States from the Philippines in the 1980’s.

Gonzalez, said that he hoped the conversation that the Chavez film began wouldn’t end with the film. He said, he hoped the film will be followed by a movement that brings solutions and change. 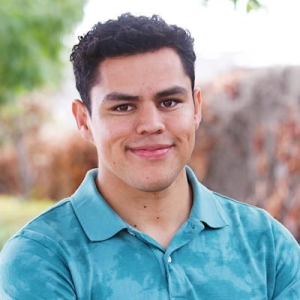 I attend Fresno City College and am studying journalism. My parents brought me to the United States at the age of 5. I like meeting new people who share the same interests and learning about different cultures and ways of life. In my free time I like to run, watch the news, volunteer, and playing Sim City 4.