Voices from the Inside: Fresno State Commemorates the 75th Anniversary of the World War II Incarceration of Japanese Americans Editor’s Note: Sunday, February 19 was the Day of Remembrance and 75th Anniversary of the signing of President Franklin D. Roosevelt’s Executive Order 9066. This order, which authorized the forced removal of 120,000 men, women and children of Japanese ancestry (2/3 of whom were US citizens), was also the focus of Fresno State’s newest exhibit “9066: Voices from the Inside.”
The kNOw was invited to attend the exhibit’s grand opening, as well as a special pre-opening where local families who contributed to the exhibit were invited in for  a private viewing. Read below for a recap of the exhibit and see it yourself now through April 19 at Fresno State’s Henry Madden Library.

FRESNO, Calif. – As the Muslim Ban threatens the freedoms of an entire population of people based on the actions of few, we as a country faced the 75th anniversary of Executive Order 9066 or the Japanese “internment” order. This order took away the freedoms of Japanese Americans because of the war between the U.S. and Japan by liquidating their property and sending them to internment camps.

On this historic anniversary, Fresno State opened the “9066: Voices from the Inside” exhibit in the Henry Madden library. The event began on the second floor of the library, entering an expansive room with pictures and historical background covering the walls. What seemed on first blush to be a light brown Christmas tree of sorts was, in actuality, a group of replica name tags the Japanese were forced to wear once interned. The entire group of tags was suspended from the ceiling and touched the floor representing a single camp, Tule Lake. A small plaque detailed the many other trees that hung across the country, each representing other camps and the people who were forced to live in them.

The room itself was filled with people of all ages: small children, college students, adults and the elderly. A particular demographic stood out — elderly Japanese men and women, most of whom sported “V.I.P” name tags.

One of these such women was Toshi Sakai. Sakai had been interned in an Arizona camp at the age of 20. I approached her, not knowing this, but feeling that she had a story to be told. She was extremely open to talking, even though she said she had blocked out many memories long ago.

Before Executive Order 9066, Sakai dreamed of attending University of California, Berkeley and going into a scientific field. But her dreams were shattered when her family was torn from their Gilroy home and sent to an internment camp in Arizona. Despite this, Sakai knew education was important. Her father died of pneumonia in the camp, leaving her, the oldest of four sisters, to be the breadwinner. She smiled and tapped my arm as she told me of how she would practice her shorthand by listening to the radio, knowing that secretarial work would allow her to provide for her family.

Toshi’s story echoed that of so many others, each tag holding the tale of an individual stripped of their individuality to be held responsible for war crimes they did not commit.

The second part of the exhibit was on the fourth floor of the library and held art works created by internees and their relatives. It was here that I met Reiko Fujii, the artist behind the “Glass Kimono”.

The “Glass Kimono” was covered in a quilt of sorts — glass rectangles harboring images of internees bound by copper wire. Fujii explained to me that the pictures were of friends and family, and that she made the entire thing herself, including the glass. She told me that in Japanese folklore the wind chimes were said to be the voices of ancestors. She lightly shook the Glass Kimono. It sounded of wind chimes.

From there we made our way to the North Gym, room 118. It was a crowded room, packed with people filing to their seats while carrying treats from the delicious spread of Japanese snack food offered in the back. We settled into our seats to hear men and women of all walks of life and of all races read Haikus from camp prisoners. Five syllables, then seven, then five again. Three simple lines bleeding emotion.

The shadow of Executive Order 9066 remains just that — a shadow. History books romanticize Roosevelt, sparing only a paragraph for all those he punished for a crime they did not commit.

Without acknowledging injustice, it is impossible to improve. Even within the name “Japanese Internment” there is a smoothing-over tactic. Internment is a legal term specifically used for residents of other countries, yet two thirds of the incarcerated population were Nisee, or born in America. There is an ongoing movement in the Japanese and activist communities to change the narrative when it comes to these atrocities. Instead of calling them “Internment Camps” they are fighting to call them what they truly were: Incarceration camps.

Fujii is in total support of this change. “Interment tries to make it seem like it wasn’t that bad. They were incarcerated, they couldn’t leave,” Fuji explained.

As President Trump’s executive orders continue amid controversy and opposition, one can only wonder if something similar to Executive Order 9066 could happen again.

Undocumented Immigrants and Muslims are being deemed “rapists” and “national security threats” as his supporters are letting their irrational fears of a group of millions erase individual autonomy.

“It is important to learn from history so that it is not repeated. What’s happening to Muslims and undocumented immigrants today is very similar,” said Yogi.

But Sakai, after being interned herself, has faith in the people of today. “People now, with television and social media, would be up in arms if they tried this again. Our generation too, would not let it happen,” she reassured me.

While only time can tell the damages these new policies will ensue, the treatment Japanese Americans faced during World War Two needs more acknowledgement. Fresno State’s “9066: Voices from the Inside” exhibit not only acknowledges these atrocities, but provider creative exhibits to college students who may have not known the severity of the situation otherwise. 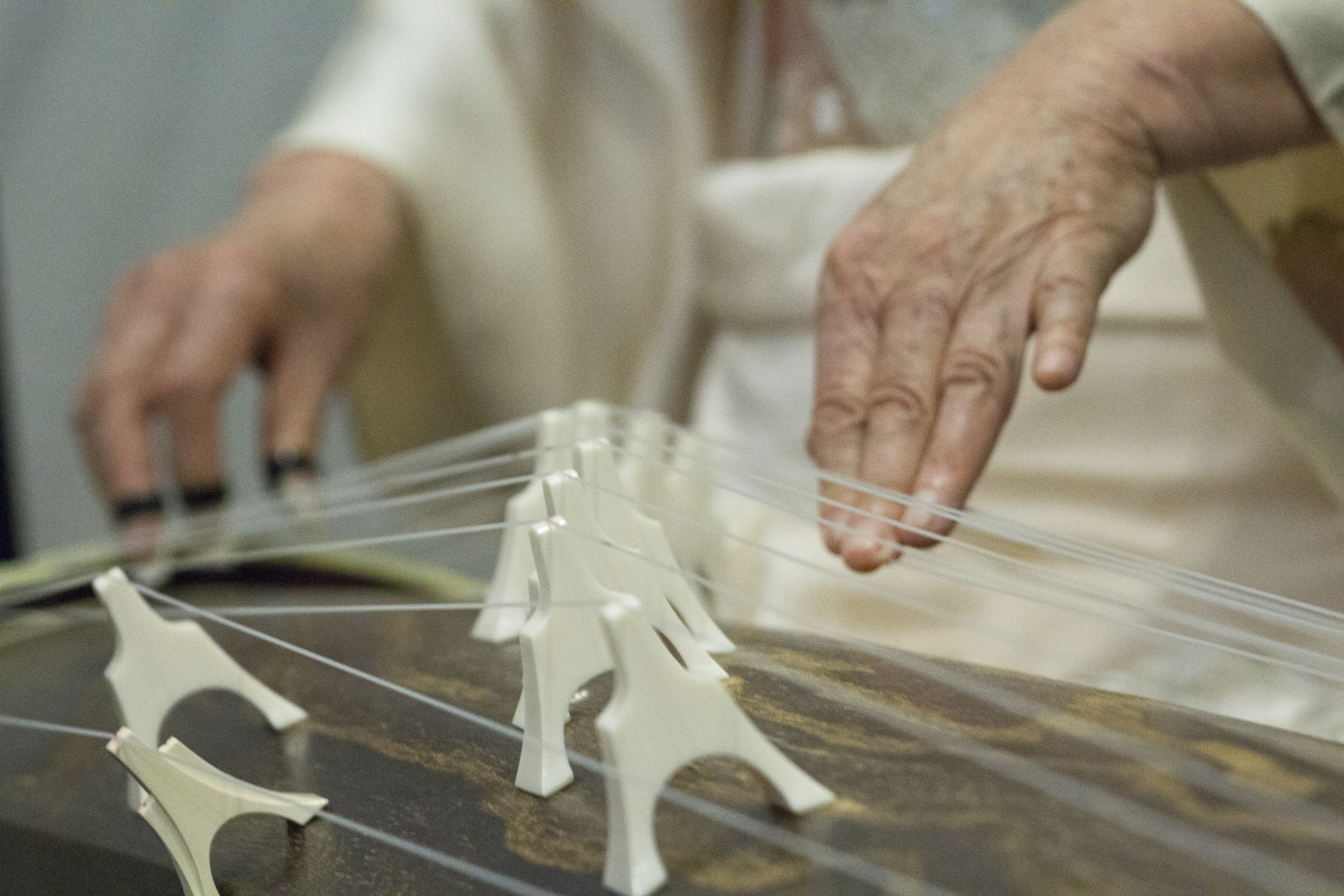